The sockets preassembly line is a series of stations with independent functions.:

Station II – Press: riveting of grounding.
Station III – Correction of distance on closure of grounding legs.
Station IV – Correction of distance on opening of grounding legs.
Station V – Automatic load of the cover from station.
Station VI – Automatic screwdriver: Fastening of the socket’s cover.
Station VII – continuity test and selective separation of the correct and defective sockets.
The range of models testable by the machine are:
All of them with the many cover variants, conventional grounding, French type or ungrounded. 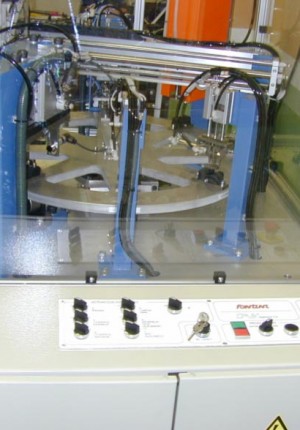